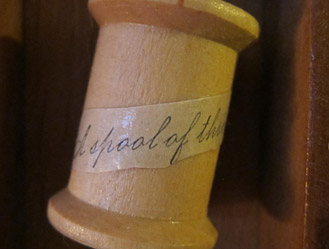 Julie Schumacher grew up in Wilmington, Delaware and graduated from Oberlin College and Cornell University.

Her first published story, “Reunion,” written to fulfill an undergraduate writing assignment (“tell a family tale”) was reprinted in The Best American Short Stories 1983. Subsequent stories and essays were published in The Atlantic, The New York Times, MS, The Chronicle for Higher Education, Prize Stories: The O.Henry Awards , and other venues.

Her first novel, The Body Is Water , was published by Soho Press in 1995 and was an ALA Notable Book of the Year and a finalist for the PEN/Hemingway Award. Schumacher’s other books include the national best-seller, Dear Committee Members (winner of the Thurber Prize for American Humor); The Shakespeare Requirement , Doodling for Academics (a satirical coloring book); and five novels for younger readers.

Schumacher lives in St. Paul and is a Regents Professor at the University of Minnesota, where she teaches in the Creative Writing Program and the Department of English. She has won multiple teaching awards and has been recognized as a “Scholar of the College.”